How Often Should Kitchen Utensils Be Replaced?

We are all very concerned about the shelf life of food and whether the food in the refrigerator has deteriorated, but how do you know when to replace the various utensils in the kitchen? The kitchen utensils that are most prone to bacteria in the home may be kitchen dish towels, sponges for dishwashing and cutting boards. How often do types of kitchenware need to be replaced with new ones?

1. Replacement and cleaning of kitchen utensils like sponges for dishwashing

In an ideal situation, changing the sponge of high quality kitchen utensils every day is the healthiest. But the more realistic approach is: put it on the edge of the kitchen sink for washing only; use hot soapy water for washing dishes; disinfect it every day. The easiest way is to boil it in water and keep it boiling for at least 5 minutes; the dish-washing sponges of kitchen utensils should be replaced every week or every two weeks. In addition, it is recommended to make use of kitchen towel instead of sponges to wipe the counter, and never let the raw meat touch the dishcloth or sponge. The same goes for rags and dish towels in kitchen utensils. If you are cooking every day, you need to turn these items into clean items every day.

2. When is the cutting board in the kitchen utensils replaced? 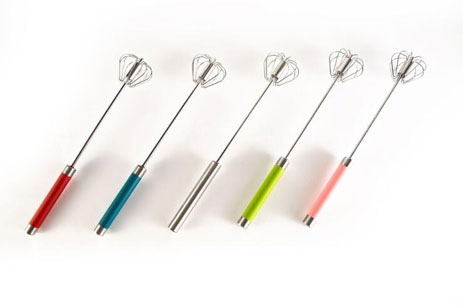